When it comes to having an enormous amount of sheer natural talent for a career in life, Gabriel “Gab” Escoton is a shining example. At the tender age of 4 years Gabriel could already play the piano, and by the age of 7  he was able to sing with the voice that had all the hallmarks of a professional vocalist. While he took to exercise in the form of boxing so as to strengthen his whole body in general and also provide a better core body support for himself to sing, he made his first professional live appearance at the age of 13 years which transitioned into many more television appearances.

As he always wishing to be the best possible version of himself, he took to polishing his vocal ability so that he would be a prime contender in singing contests. The results of competing in more than 20 such contests and winning them all were as much a testimony to Gabriel’s work ethic as they were to his extraordinary natural talent.

Success for Gabriel continued in an unmitigated fashion with items such as being able to teach a choir, becoming a lead vocalist and a skilled keyboardist all at the age of 15 years. Gabriel’s success spurred him on into new directions and experiences in his musical career as he worked for 7 years in Japan as a musical director and lead vocalist once again. He then further worked in all his facets of being by now a musical director, band leader, keyboardist and lead vocalist in Singapore, China, Malaysia, Indonesia, Thailand and finally in Australia in the late 90’s where he now resides. Indeed, it was his incredible music ability that gave Gabriel the chance to live and work in Australia, coming to Australia under an artist/musician visa of which more than 3000 applied but only 10 were successful, including Gabriel.

Presently, Gabriel works as a voice and piano teacher and continues to make notable live appearances as when he represented himself on behalf of the OFW [Overseas Filipino Workers] for the Man of the Year Award, giving a wide audience television interview on that occasion. While Gabriel is managing his businesses, his love of music stays with him as he continues to perform at special events.

As a committee member of ARTISTS 4 A CAUSE®, Gabriel is committed to not only bringing his musical creativity, knowledge, and experience, but as reflected in his own career, he is committed to contribute his sheer musical dynamism and, ensuring that ARTISTS 4 A CAUSE® will always continue to evolve and ultimately become the international “Go To” website connecting like-minded Performing Artists to Charities.

As Gab says, “Life is a lot more meaningful if we can share our creativity and talent to make a difference.”

Graham Bell was born in Scotland. A prodigious musician in his youth, he demonstrated both an exceptional technical ability and a for playing the guitar at only 9 years of age. However, as his interests grew in the many different types of roles one may enter into in the performing arts industry, he became more interested in light and sound production for live performances and in the process of recording and mixing songs rather than being a live performer himself.

His career then took several varied turns as he studied and worked in engineering for shipbuilding and also worked for the Ministry of Defence for the Scottish Government.

Moreover, his more recent experience stemming from his background in teaching Computing, English, Math and Science for grades 5 and 7 in an International School in Southeast Asia from 2001 to 2004 has allowed him to gain extra prowess in both the necessary theoretical and practical aspects of his chosen career as a professional technician in the performing arts.

Graham’s many years of experience and excellence in the performing arts industry is just another example of how ARTISTS 4 A CAUSE® has drawn upon the best people possible in their particular fields to make ARTISTS 4 A CAUSE® a global success.

Although Graham manages his own businesses from a viewpoint that is slightly extrinsic, his love of music will always remain his passion. As Graham says, “It’s only through action that we can be part of the solution.“

MUSICIANS PLUS 4 A CAUSE ® 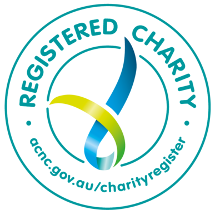